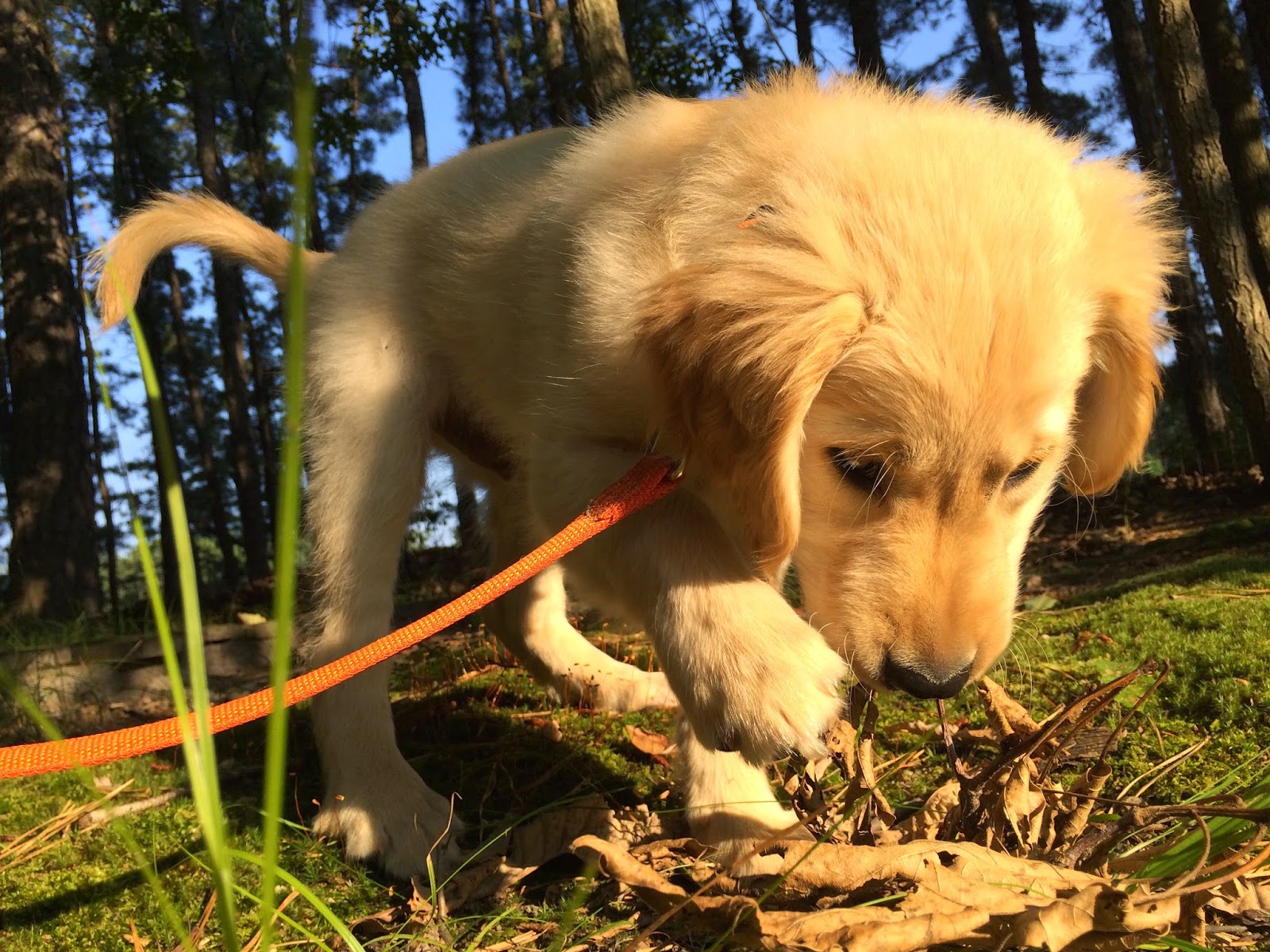 Riff-Raff (Pine Run Time Warp) is the newest canine addition to the Speedoggie family. An adorable 11 week old Golden Retriever puppy with ridiculously sharp teeth attached to a considerably powerful jaw. The combination results in lacerations, contusions and copious bloodlettings; it also results in me squealing and him giggling at me. It seriously does seem to me that he is getting bigger by the hour. Wasn't it just yesterday I could pick him up with one hand! Thankfully he isn't a squirmer because I really don't know how I would get him down the stairs! 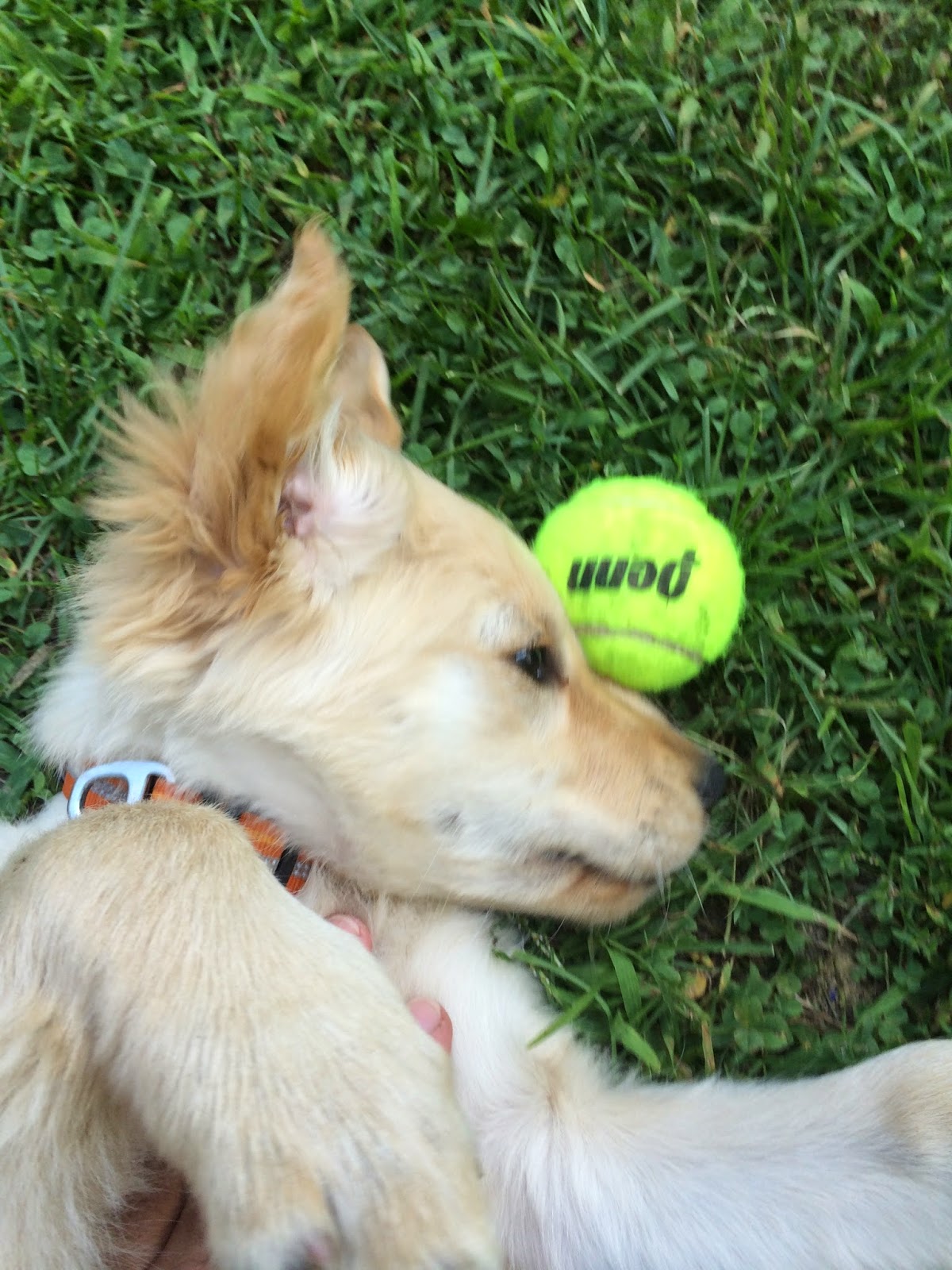 Aside from the physical maturation, I am seeing substantial mental and emotional transformation as well, even at this young age. You would think that after 30 years experience in dogs I would have seen most everything. Having lived, loved and learned from many different breeds of dog, all with unique personalities and including another Golden Retriever, that I would not be easily perplexed. Quite frankly, I wouldn't describe anything about Riff as “easy”. He is savvy and a fast learner, however he is a lot of dog with a mind of his own. Exactly what I wished for! Curiously still, this pup surprises me almost on a daily basis. There is never a dull moment for those of us who work with animals, that is for sure, and I personally am always striving to observe the puppy’s shenanigans without prejudice. As he and I progress in our learning curve with each other it has become clear that this particular pup has a very strong mind and a determined agenda. The key to great dog training is exceptional observation skills and a healthy dose of gumption. However in this case I find myself enthralled with this little guys spirit and I often just sit and watch him in wonder. What IS going on in that busy little brain of his. 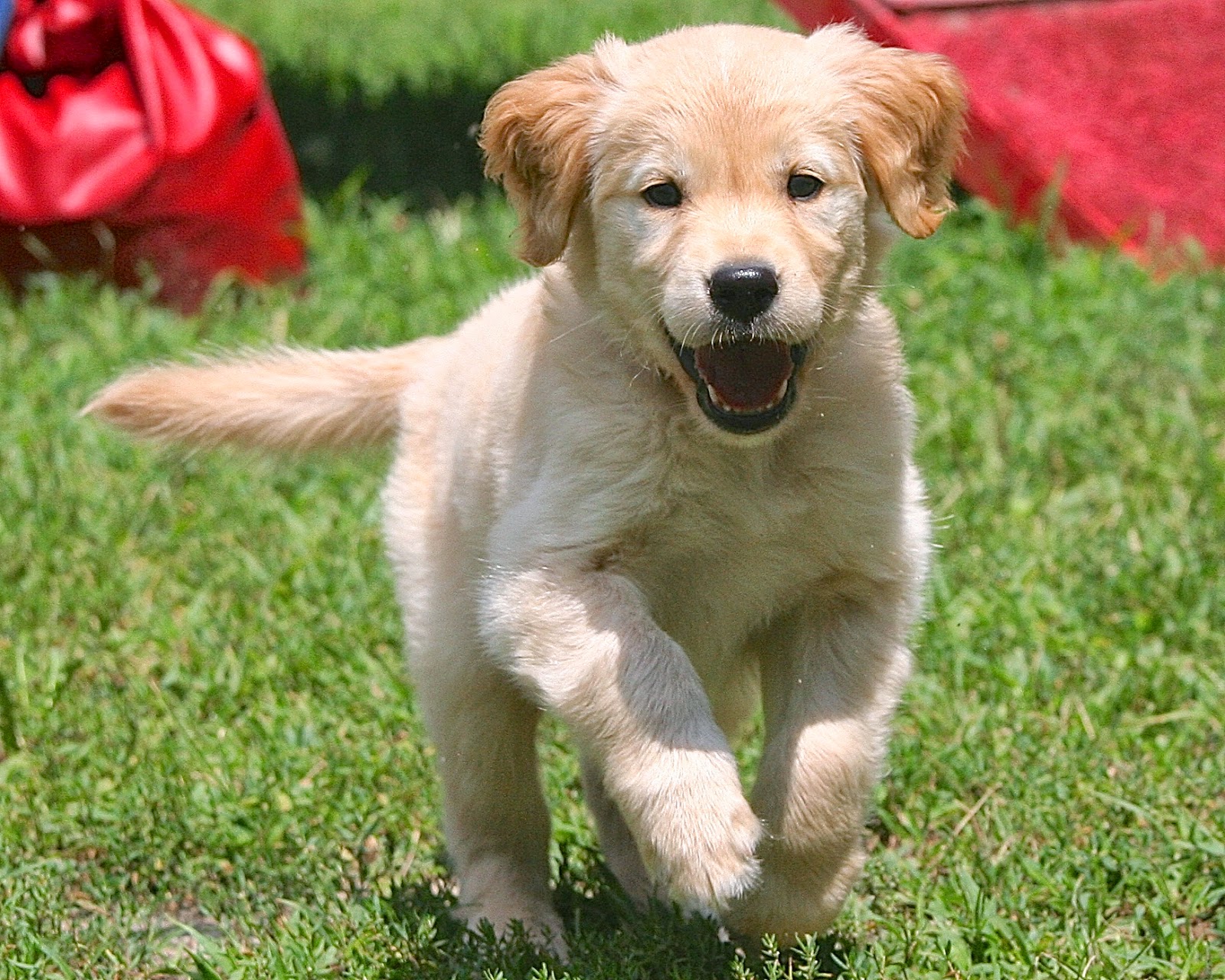 As I scrutinize every action/reaction, I am finding many of the tried and true notions of canine defiance and insubordination inapplicable with this pup. Not so much because he is unique, we are all unique just like snowflakes :) But rather I feel that Riff-Raff isn't just doing his own thing. On the contrary, he wants me to join him in his own thing. It seems that it’s not as enjoyable to do things alone, lets take Mom with us for the ride! And of course, many time, I take him up on it to see where he will take it. Im fascinated by him and totally in love with his character. He’s a charmer even while he is acting totally naughty. 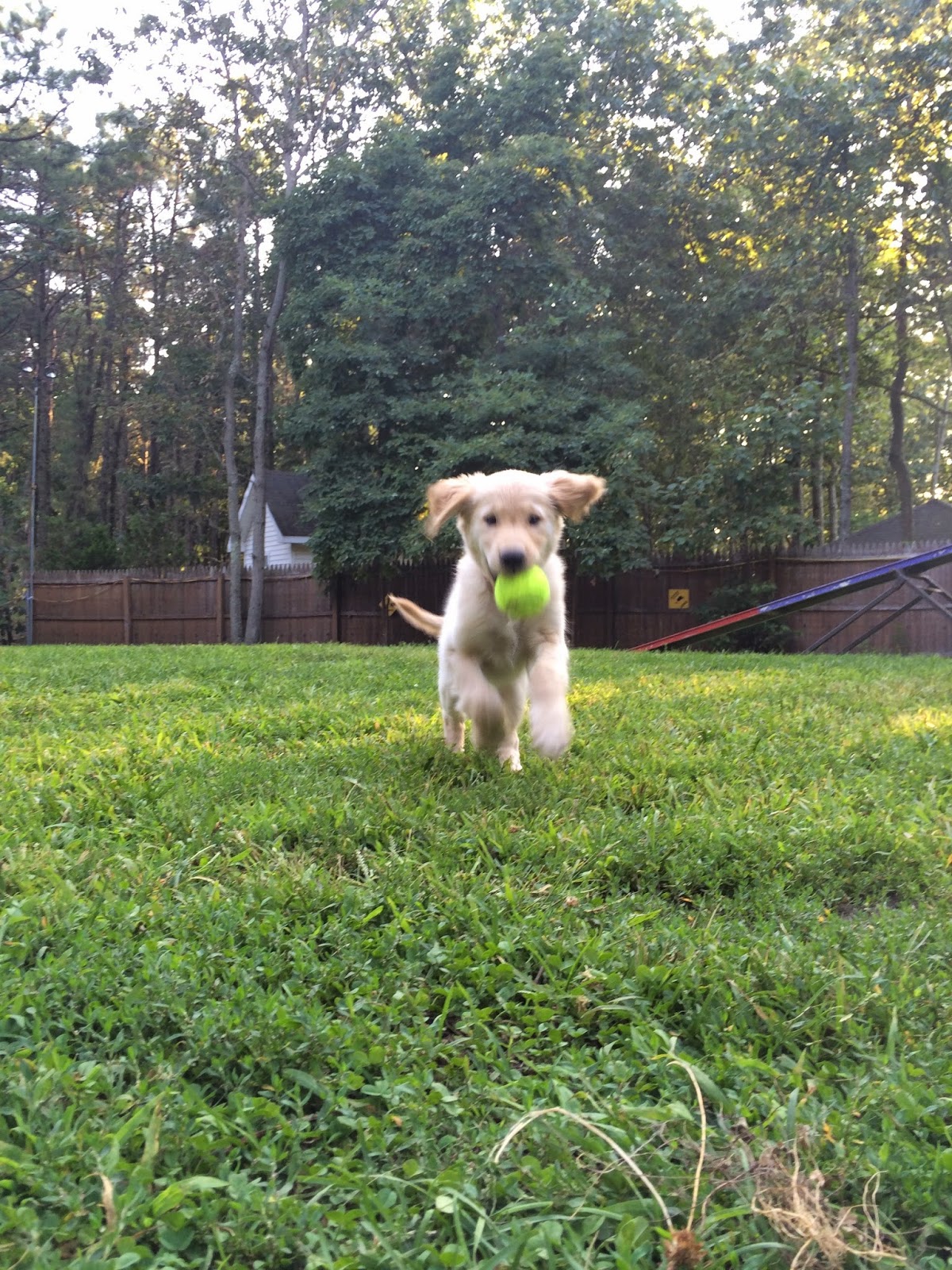 I find many trainers worry about making a mistake in the training of a young pup. They stress that if they don't stop any and all incorrect behavior immediately that they will create a huge problem down the line that the will not be able to fix. Often the intercommunication with their pup is solely with the intent to develop action plans. They spend most of their time in a reactive state, trying to get the dog to listen and comply instead of interacting with they pup with the intent to actually hear what the pup has to say. Don’t get me wrong, action plans are useful HOWEVER before you design your plan of action, you really should first have a good long listen to what the dog has to say! While I observe Riff-Raff, I am expressly intent on listening to everything he has to say with an open mind, void of any preconceived notions. Quieting one’s mind can be extremely challenging. I find that my training is much more effective when I take the time to fully understand what the dog is trying to say before I organize any action plan. 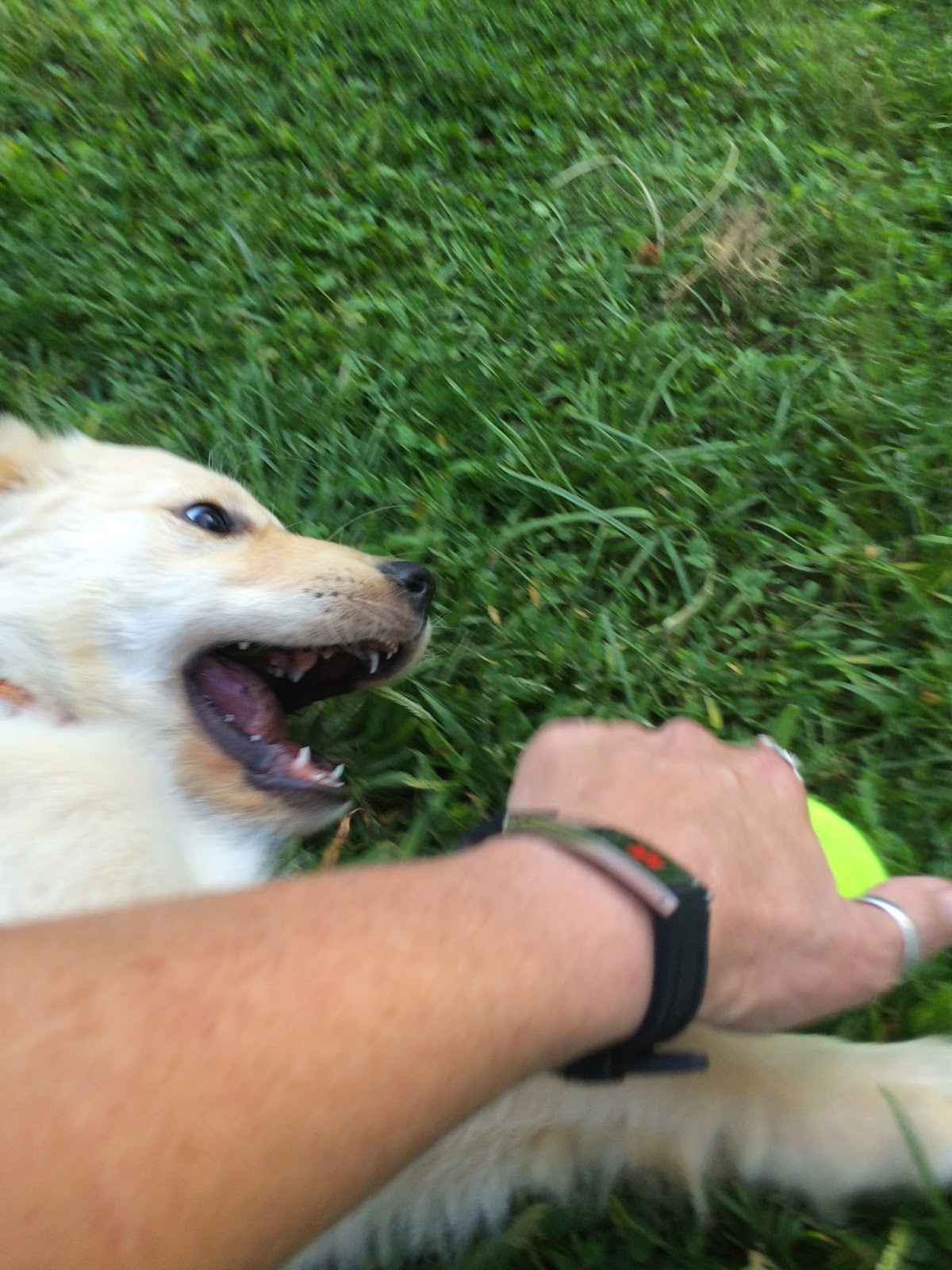 Even when Riff-Raff’s communication is a bit “uncomfortable”, going against the grain of how I currently do things, I strive to be open to change and eagerly await inspiration from what the dog is communicating to me. I am spending more time listening instead of jumping into training with both feet before the “what”, “when” and “why” have been established. 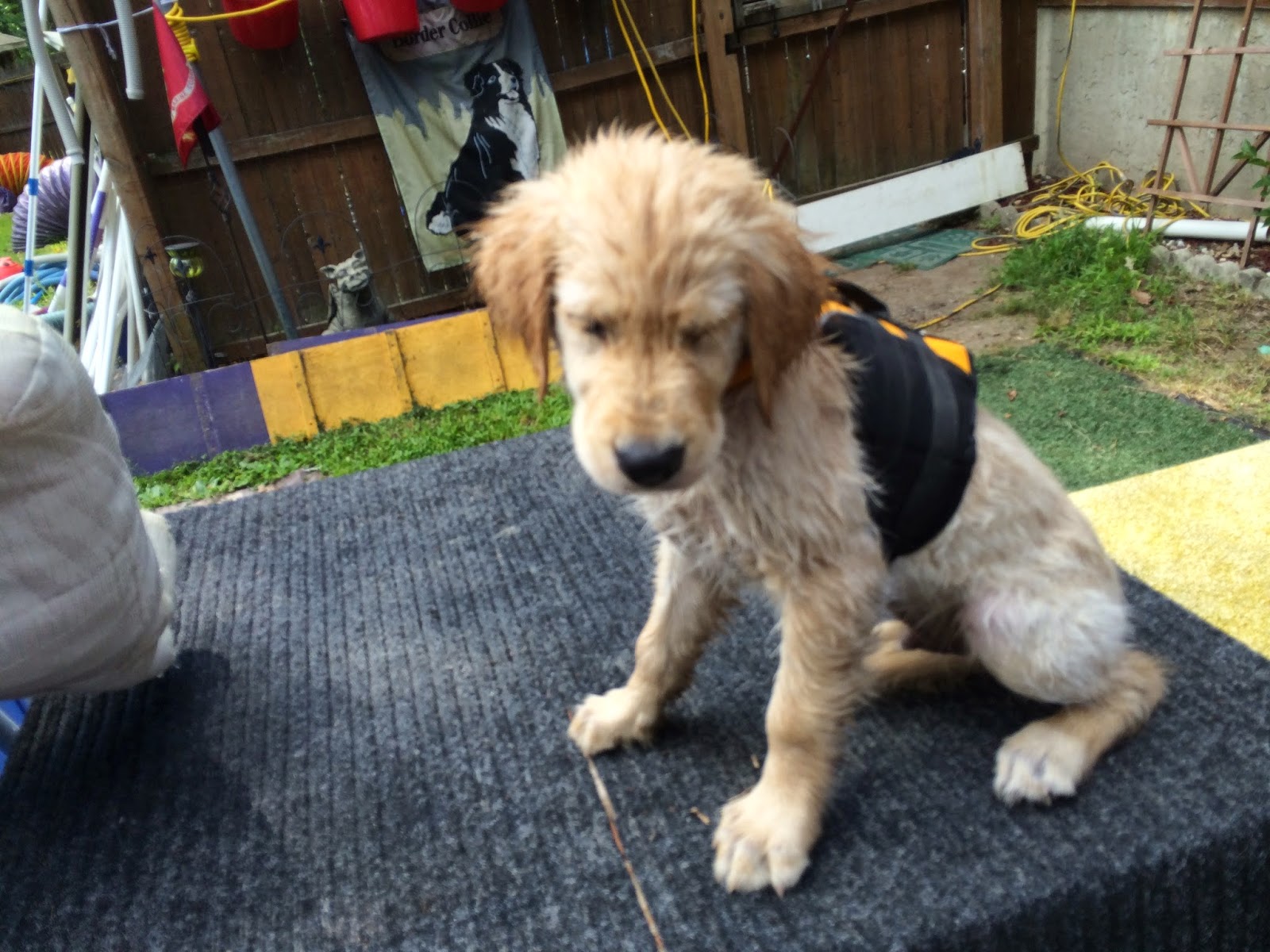 Riff came to live with me at 7 weeks of age. I prefer to bring my new puppies home at 7 weeks as I like them to be somewhat settled into my routine by 8-10 weeks of age due to the fear period that happens during that time. 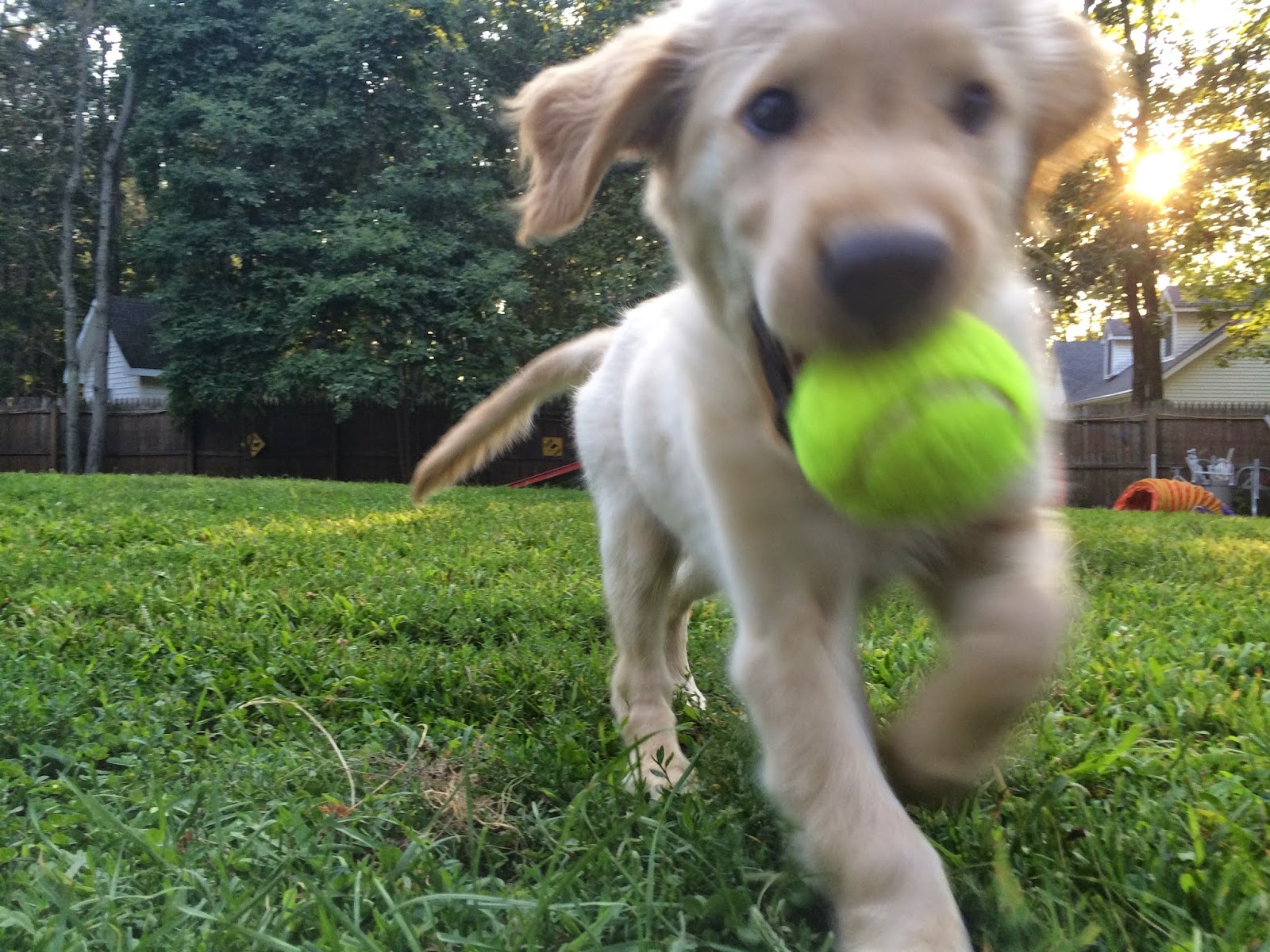 At 10 weeks on the dot I witnessed Riff-Raff question situations with much more caution then needed. This kind of behavior is completely expected at this age. What was not expected was how fast he rebounded from his sudden outburst of fear. In one case it was a person who was oddly dressed and gesturing towards the puppy with open arms coming right at him with “awwwwwhhhhhh pupppppppppy”. Riff responded with a very low, very quiet growl. Then he seemed to identify the person as a non-threat and completely recovered, greeting the person perfectly normal. His recovery time was less then three seconds. 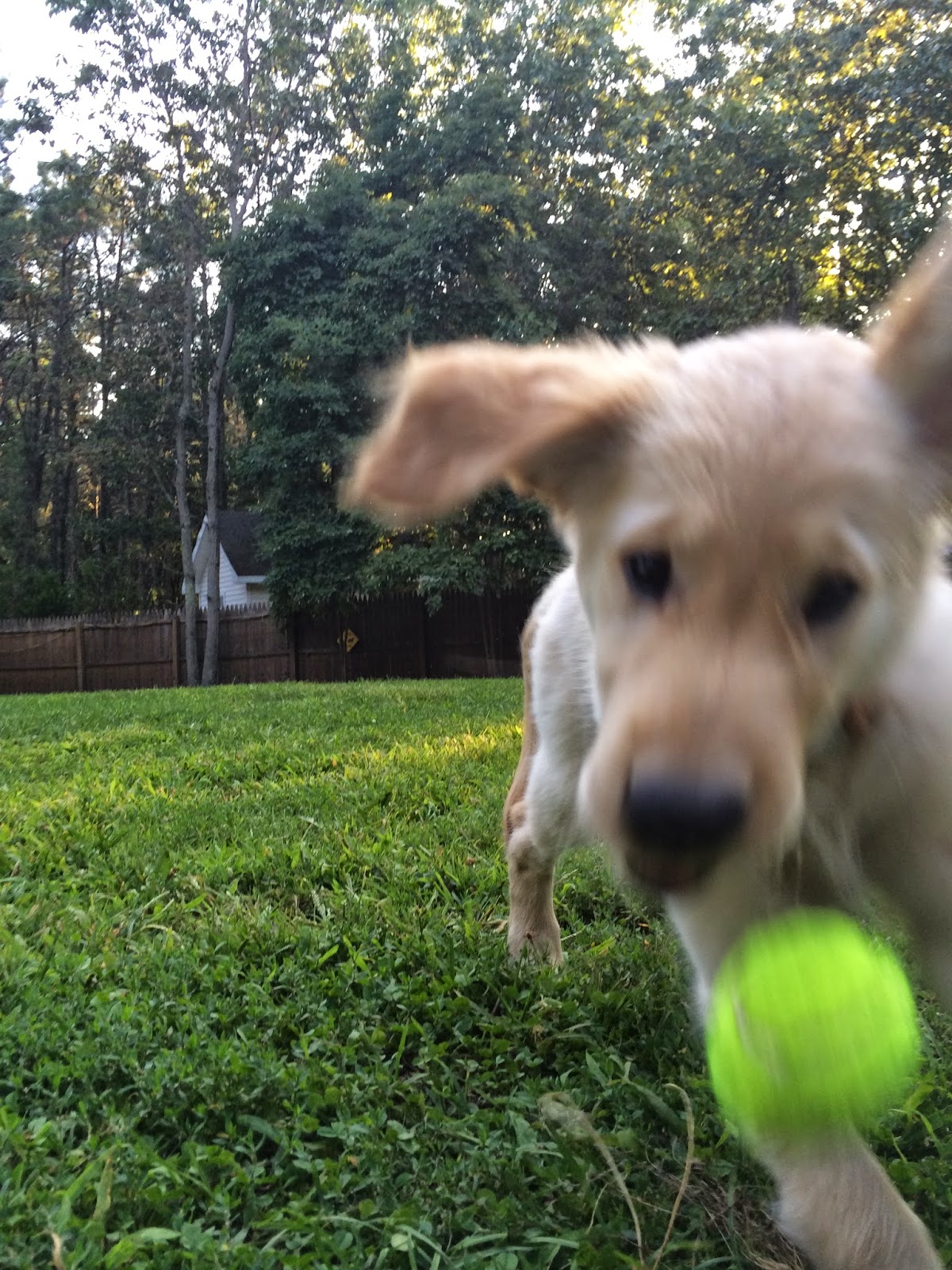 Twenty-four hours later, while out for his last potty break, there was a loud sound “BANG!”. Could of been a firework, gun shot, back fire from a car/truck engine, I am not sure exactly what it was. Riff dropped into a down, as low as he could go. Tail tucked completely under himself. He remained motionless for less then a minute. He seemed to do a mental self check to assure himself that he was fully operational and then he scanned his current location, again assessing the danger threat. Less then a minute later, he was up on his feet. His tail was tucked for a bit longer but nothing major and soon he was back to leaping over blades of grass and eating dirt instead of pooping :) I’m continuing to see him offer a small hesitation here or there but nothing major. He remains as curious as ever. From my observations he seems to be on the tail end of this fear period.

What I have noticed in the past 48 hours is a sharper awareness of his “personal space” as well as a clear and conscious value system for items and locations that are off limits. To say he is keeping me on my toes is an understatement! Because just because he seems to KNOW these things, he is still just as curious to find out “what if?” and he will test my reflexes at any change he can get. Riff-Raff is a mathematical genus with physics being his strongest subject. He can calculate exactly how long my arms can reach as well as how quickly I can get from one place to another. He can also measure his own personal space to the inch, insuring that at no given time can I interrupt him getting a taste of something off limits, like the furniture, or something that has been dropped on the floor. His speed and accuracy are nothing compared to his ability to read the entire space he is in and react immediately to anything changing. Something as simple as a piece of paper dropping to the floor is fair game for the pup and he rarely looses the race to catch the item falling and make a mad dash off with it singing to himself “I’ve got a treasure… I’ve got a treasure, and YOU cant catch me!” 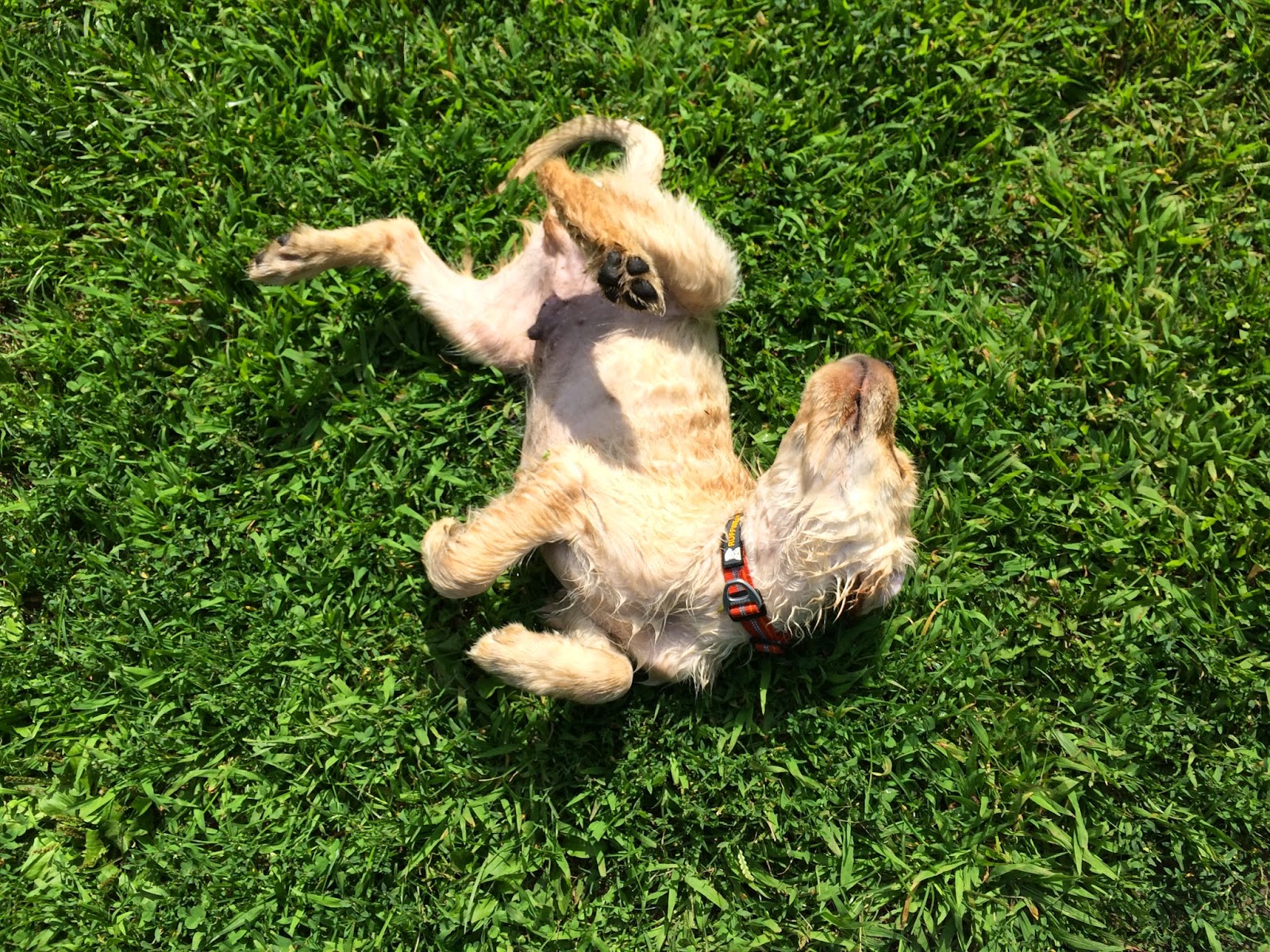 Riff also has applied a whole new value system to items. If he picks something up in his mouth and I immediately remove it and replace it with an appropriate chew toy, his mind goes immediately to work calculating exactly what he will need to do to seize said item back into his possession as quickly as possible. Nothing in his world has more value then an item that I have deemed off limits. It has become painfully obvious that I have failed as a dog trainer in this regard as although I believed I was “redirecting” his actions to an equal or greater value item clearly I need to become more educated on the value of things from a dog’s perspective. The cap to a water bottle is far more valuable, if recently taken away from him, then a squeaky toy or chew bone. And the laces on my shoes are the most prized possession he could have. Perhaps I should braid a shoe lace toy for him :) 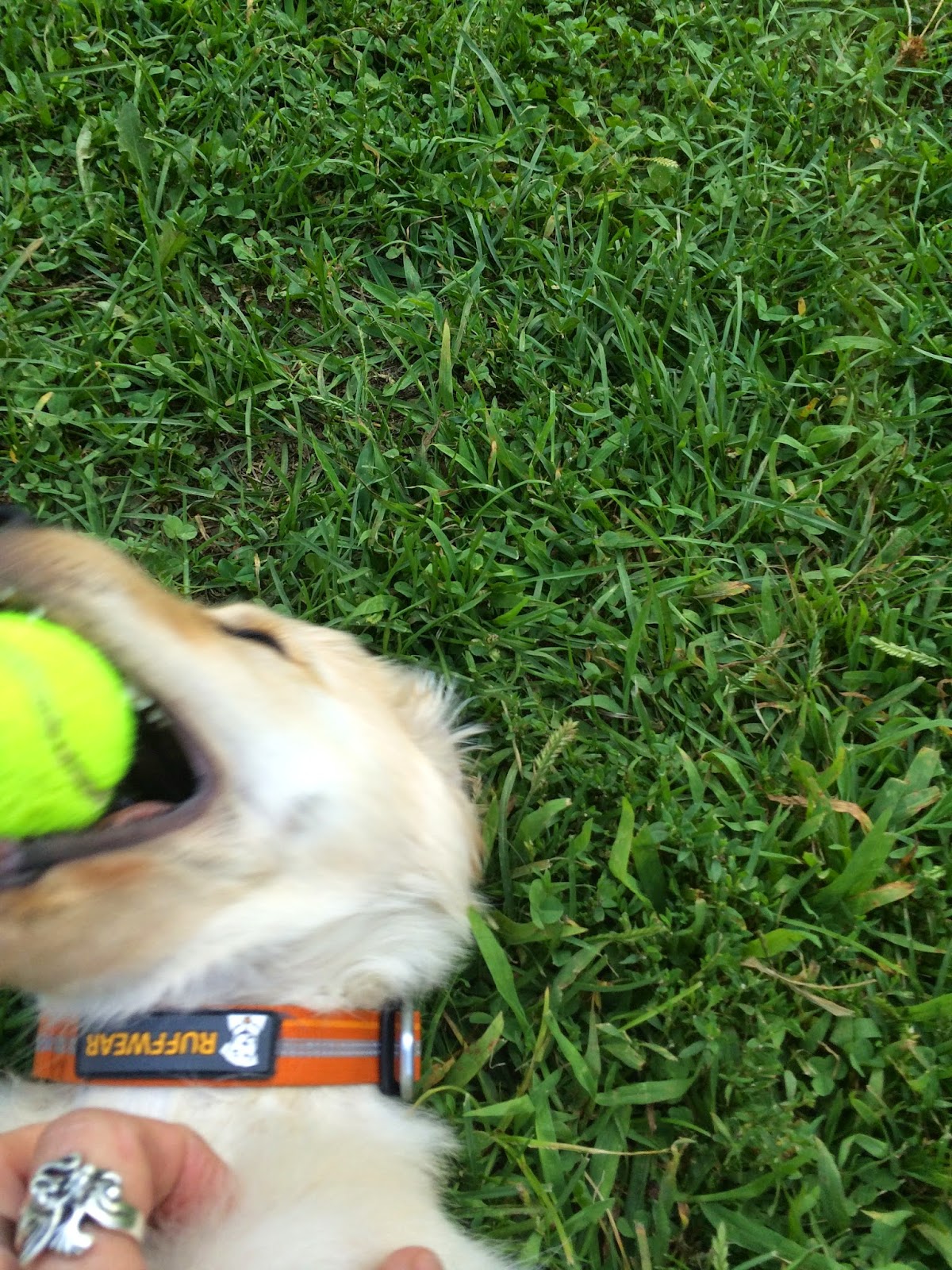 In a small test of my theory, I restrained myself from redirecting Riff off of an item that he should not have. Instead I ignored and continued to meander through my work, touching many things in the process. He quickly discarded the item and worked his way around the area, processing the value of other items by my reaction to him mouthing them. I find studying dog behavior fascinating, and this pup in particular is very deliberate with his action plans. It is obvious that he has thought these things out and is processing everything that is going on around him, using that information to form game plans for himself to support his wants and needs. Keeping me alert and focused on him seems to be his number one goal. 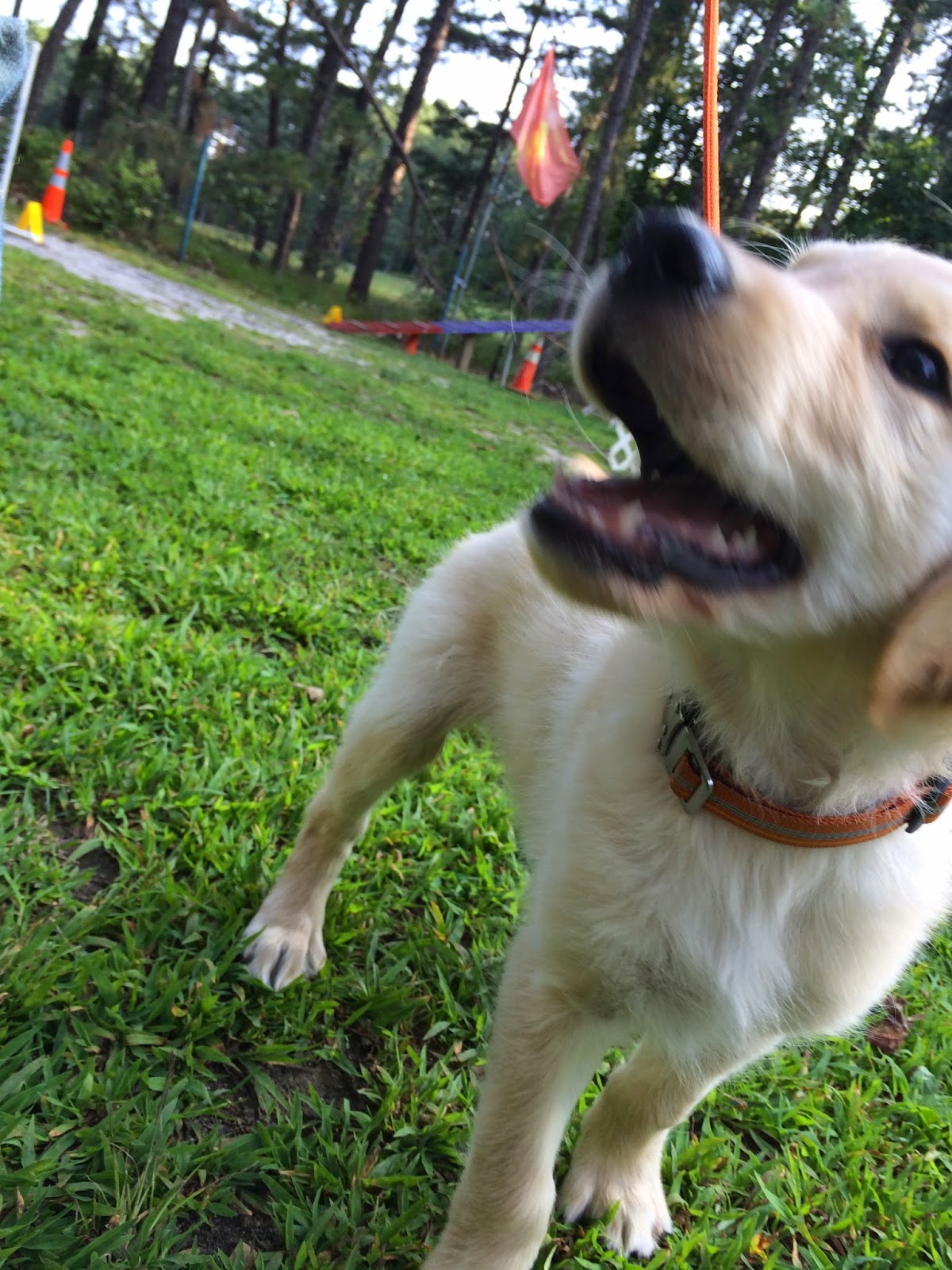 Today in particular Riff demonstrated his every increasing tactical abilities, mastering the use of time and space, resulting in him becoming untouchable by human hands. The lack of physically adeptness in his 11 week old body, that often trips over its own feet, is balanced nicely with his adroit AND assiduous mental game. I must admit, I’ve met my match, and as expected I am completely enthralled by him. 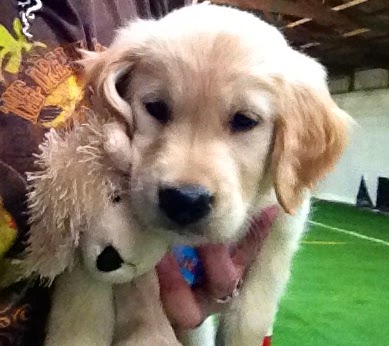 I look forward to the next few weeks and all the funny stories that will come from it. Every time a new dog comes along, a new journey begins. I have to admit I am having the best time so far on this journey and I am becoming a better dog trainer because of it.
Posted by Speedoggie at 11:43 AM 1 comment: 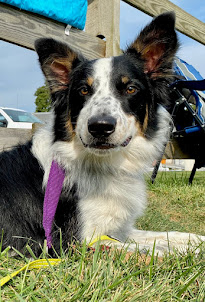 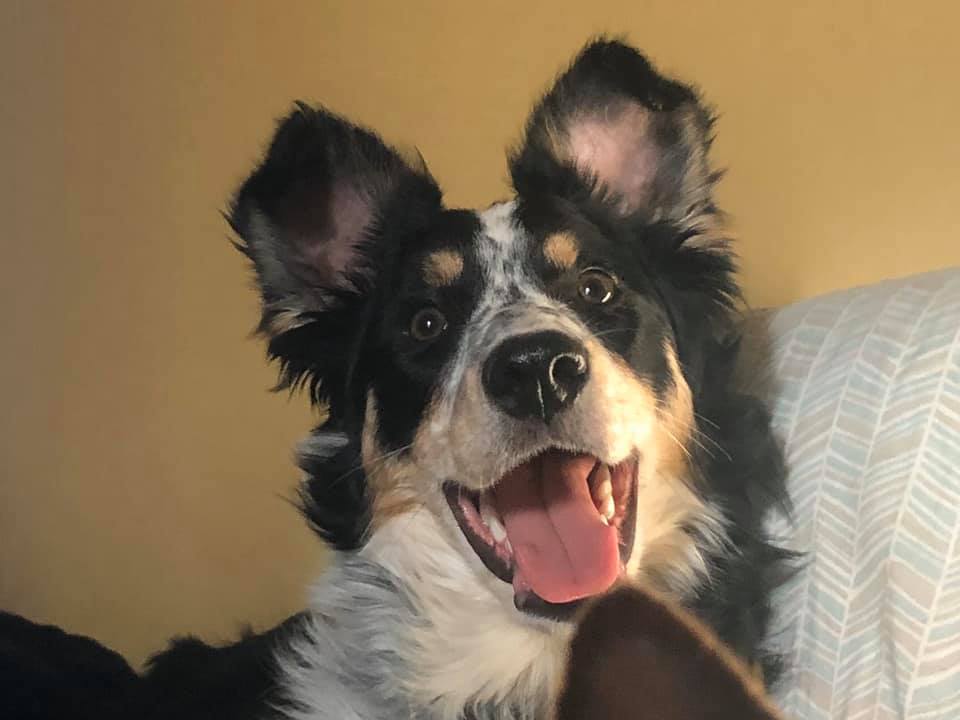 Speedoggie Through The Looking Glass 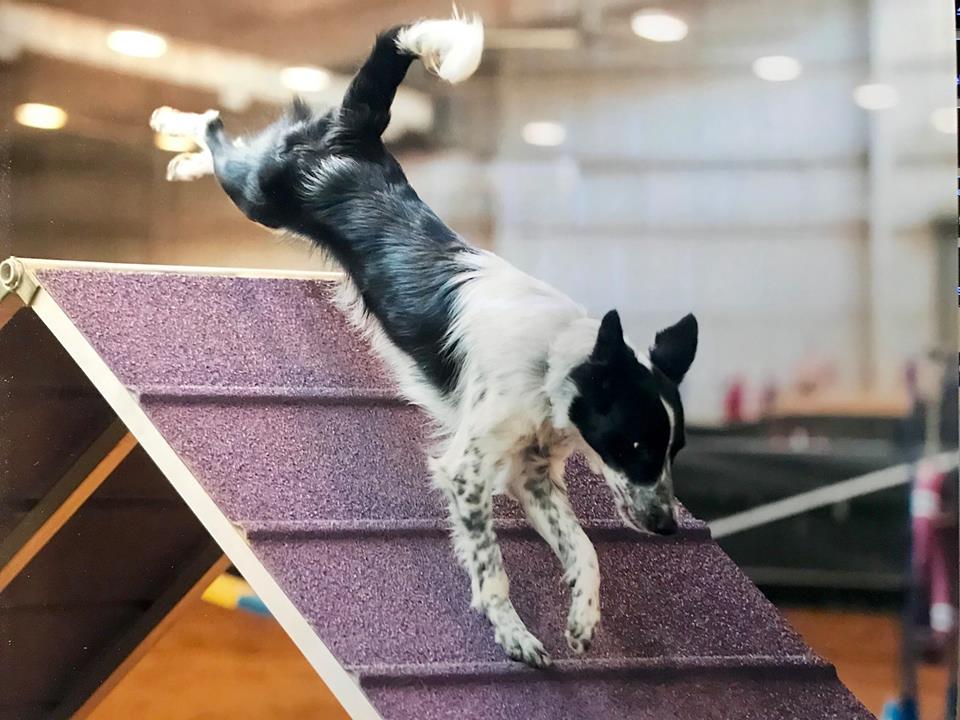 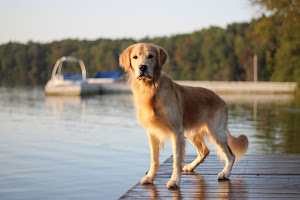 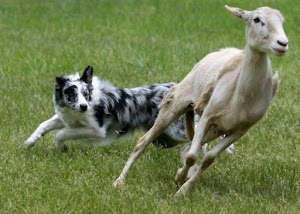 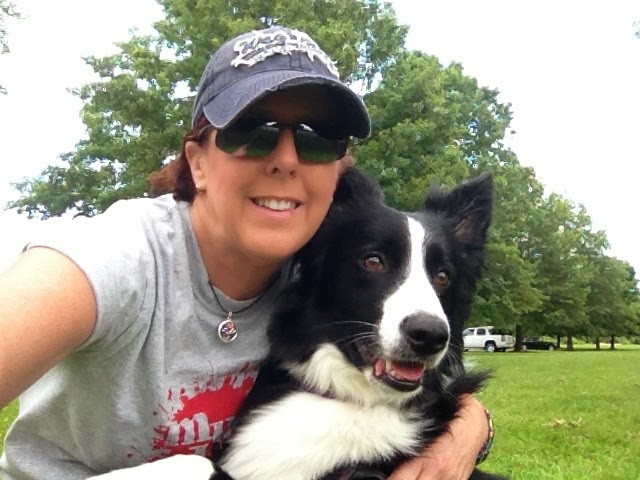 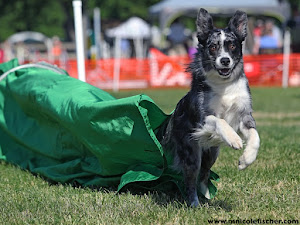 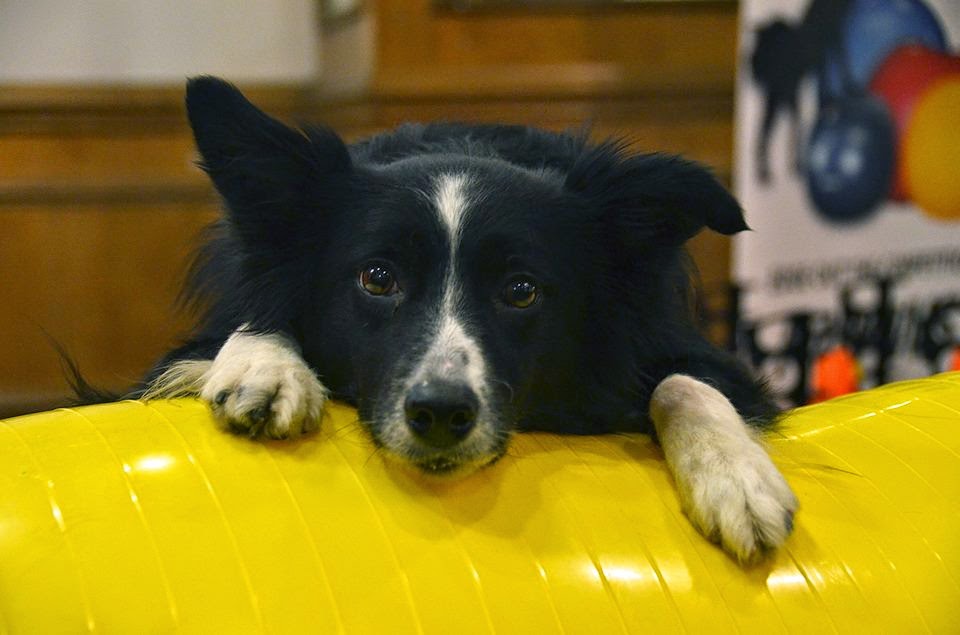 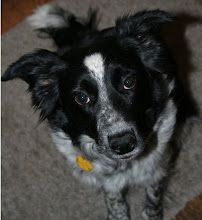 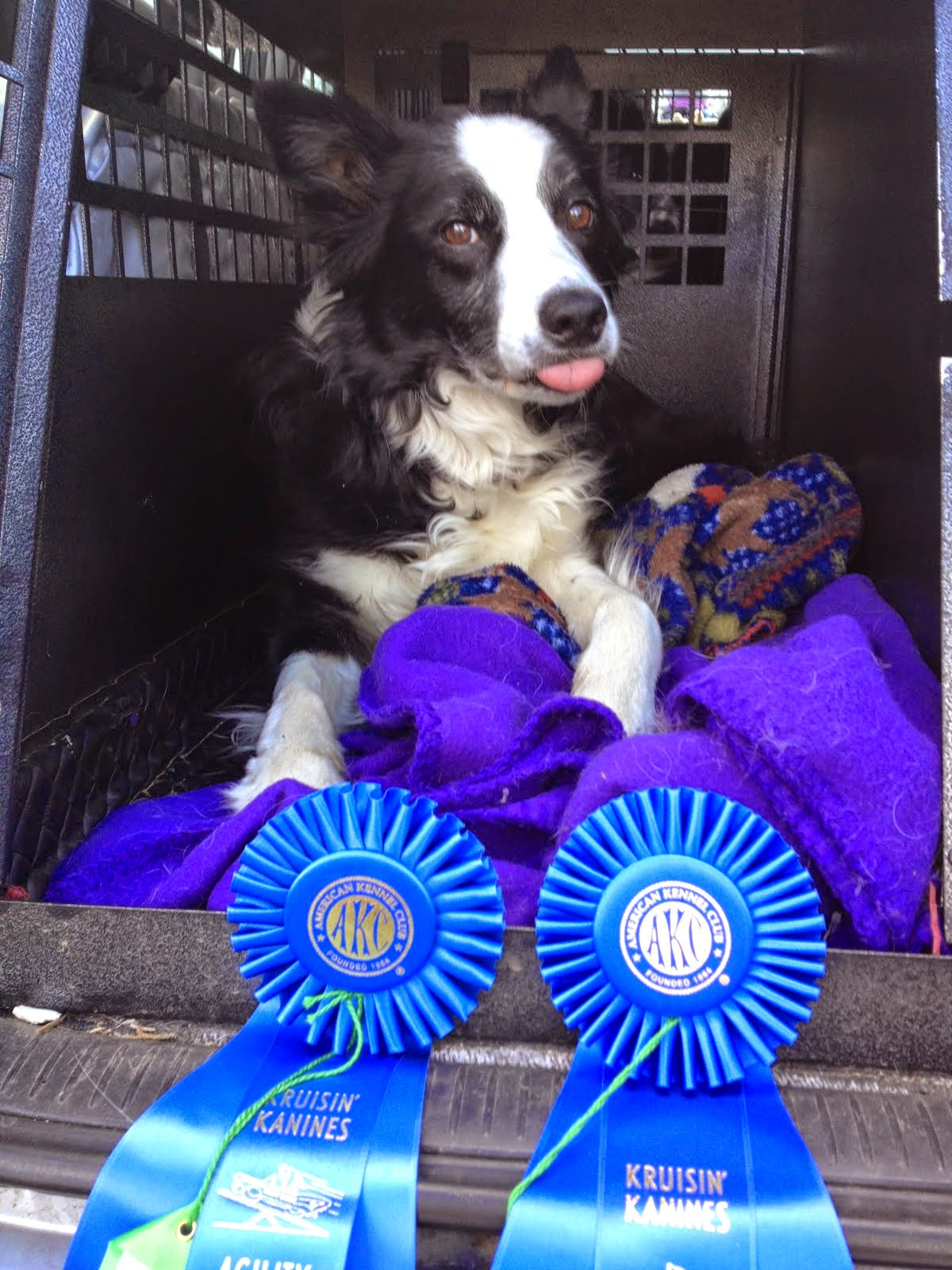 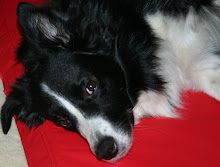 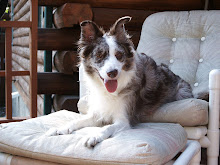 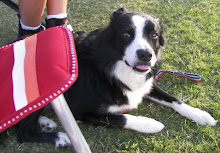 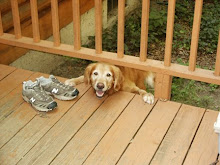